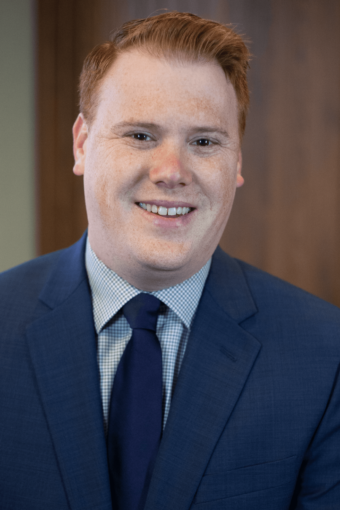 Nathan T. Kolb joined Thomas Mamer as an Associate in 2016 and was made Partner in 2020. He concentrates his practice in the areas of general negligence, medical malpractice defense, insurance defense, and appellate law.
Mr. Kolb graduated from the University of Illinois at Urbana-Champaign in 2007. He received his Juris Doctor from the University of Kentucky in 2012, where he was named to the Order of the Coif. During law school, Mr. Kolb served as an editor of the Kentucky Journal of Equine, Agriculture, and Natural Resources Law.

Upon admission to the Kentucky bar in 2012, Mr. Kolb began his practice as an Assistant Commonwealth’s Attorney, participating in all stages of prosecuting felony offenses. In 2013, Mr. Kolb joined the Attorney General’s Office of Criminal Appeals.

As an Assistant Attorney General, Mr. Kolb represented the Commonwealth of Kentucky in post-conviction proceedings throughout the state, including more than 50 cases before the Kentucky Court of Appeals, and the Supreme Court of Kentucky. Mr. Kolb was admitted to the Illinois bar in 2016.

In addition to practicing law, Mr. Kolb enjoys spending time with his family, reading, and golf.