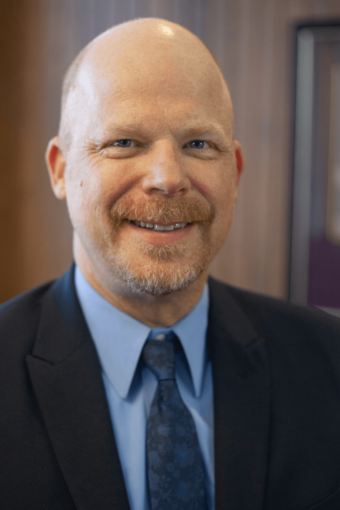 John Sturmanis joined Thomas Mamer in 1994 and became a partner in 2000. For over 20 years he has practiced as a workers' compensation defense attorney.

Mr. Sturmanis received a Juris Doctor from Southern Illinois University in 1992. There he served as an editor of the Law Journal. Following graduation, he served as a research attorney for the Third-District Appellate Court until joining Thomas Mamer.

Throughout his 21 year career, he has tried hundreds of cases in all downstate Illinois dockets. He also appears regularly in front of the Industrial Commission.

He is a member of the Illinois State Bar Association and the Champaign County Bar Association. Mr. Sturmanis has served on various non-profit boards.

He is married to Lisa, with one child, Lija. During his rare free time, he can be found riding and racing bicycles.