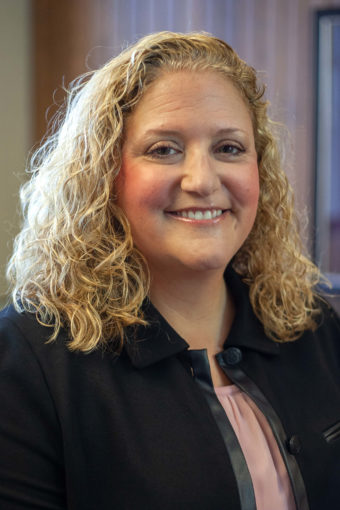 Denise Knipp Bates joined Thomas Mamer in 2007 and became a partner in 2014. She concentrates her practice in the areas of real estate, wills, trusts, probate, guardianships, general business law, and elder law.

Denise graduated as a James Scholar from the University of Illinois at Urbana-Champaign in 2000, where she received a Bachelor of Arts degree in Political Science and Speech Communication with a minor in Spanish. Denise earned her Juris Doctor from Loyola University Chicago School of Law in 2003, with a concentration in trial advocacy. During law school, she served as captain of the Niagara International Moot Court Team, competed in the Intraschool Moot Court Competition, and was on the National Moot Court Team, where she advanced to the National Competition.

In 2003, Denise was admitted to the Illinois Bar and is licensed to practice law in the U.S. District Court for the Central District of Illinois. She is a member of the Illinois State Bar Association, Champaign County Bar Association, as well as the East Central Illinois Women Attorneys Association, where she served as President for two years and won its 2006 Service Award. Denise is also a member of the Champaign County Association of Realtors and the Executive Club of Champaign County. In 2008, she was a winner of the Central Illinois Business Magazine’s “40 Under 40.” She is a former President of the Junior League of Champaign-Urbana and a former President of the Eastern Illinois Estate Planning Council. She was named an Emerging Lawyer in the years 2015, 2016, and 2017 by Leading Lawyers Magazine. In 2017, she was named one of the Top Real Estate Lawyers by Chicago Lawyer Magazine.