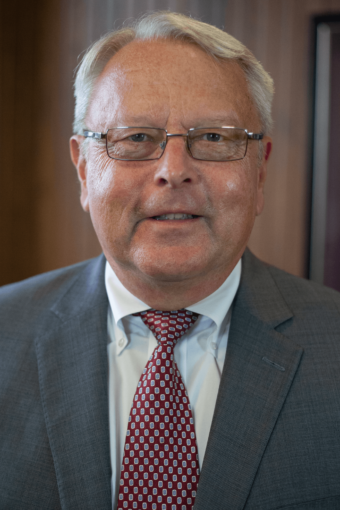 David Krchak was admitted to the bar in 1980, joined Thomas Mamer in 1990, and became a partner on January 1, 1994. He concentrates in all aspects of management-side employment and labor law, including litigation. Prior to joining the firm, Mr. Krchak was an attorney for the City of Champaign for five years concentrating in labor and employment law, and serving as chief negotiator for collective bargaining agreements, as well as Acting Personnel Director for the City of Champaign for six months.

Mr. Krchak is admitted to practice before Illinois State Courts, United States District Courts for the Northern, Central and Southern District of Illinois, the Court of Appeals for the Seventh Circuit, and the United States Supreme Court. He routinely practices before the EEOC, NLRB, OSHA and Illinois Human Rights Commission. He was chair of the Illinois Bar Association's Labor and Employment Law Section Council, and continues to publish in the Section newsletter. Mr. Krchak represents businesses of all sizes and a number of municipalities on employment law matters, including labor union issues. He also defends the City of Champaign in Civil Rights suits versus the Champaign Police Department and its officers.

He authored the chapter on Wage and Hour issues for the award-winning 2010 publication of the Illinois Institute for Continuing Legal Education's Conducting the Employment Practices Audit. Mr. Krchak recently completed the 2015 supplement to the 2010 edition of his chapter, and with his partner, Eric Chovanec, is currently completing a revision for the 2019 volume. He also authored "Advising Illinois Employers About Wrongful Discharge" for the Illinois Bar Journal. Mr. Krchak is also a frequent lecturer on employment law topics.