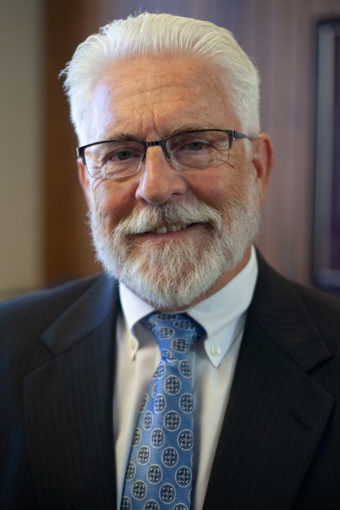 Bruce E. Warren concentrates his practice in workers' compensation and civil litigation. He joined Thomas Mamer in 1991 and was named Managing Partner in 2015.

In 2014, Mr. Warren was named among the 50 Most Influential in Workers’ Compensation and Occupational Medicine by SEAK, Inc., and the National Workers’ Compensation and Occupational Medicine Conference for 2014. This list of the most influential people in workers’ compensation and occupational medicine was compiled from those active in both fields. Thousands of practitioners including attorneys, case managers, disability specialists, nurses, physical therapists, physicians, rehabilitation counselors, rehabilitation nurses, and workers’ compensation specialists were consulted.

Leading Lawyers Network named Mr. Warren one of the Top Ten Workers’ Compensation Defense Lawyers in Illinois in 2014 through 2019. Leading Lawyers membership is limited to less than 5% of all Illinois attorneys and admission is determined by the membership based on personal knowledge of the practitioner’s abilities.

In addition to the State of Illinois, Mr. Warren has been admitted to the federal bar. He is a member of the Champaign and Illinois Bar Associations, the Illinois Association of Defense Trial Counsel and Illinois Workers’ Compensation Lawyers’ Association.